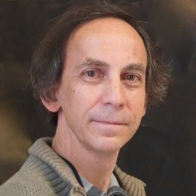 Dr. Guy Lemay holds a bachelor’s degree and a master’s degree in microbiology and immunology from the Université de Montréal. His master’s work under the direction of Dr. Paul Jolicoeur at the Montreal Clinical Research Institute focused on the integration of retroviral DNA in tumoral DNA. Subsequently, he pursued his doctoral studies under the direction of Dr. Stewart Millward, Department of Biochemistry, McGill University. His work allowed to demonstrate the importance of a reovirus protein in the control of protein synthesis during infection. Dr. Lemay finally developed his expertise in enzymology and protein biochemistry during a postdoctoral fellowship under the direction of Dr. Guy Boileau, Department of Biochemistry, Université de Montréal. He was subsequently recruited in the Department of Microbiology and Immunology in 1989 and promoted to full professor in 2000. As the recipient of a scholarship from the Fonds de recherche en santé du Québec from 1991 to 2003, he developed several research aspects mainly on replication of mammalian retroviruses and reoviruses. Recently, most of his research is focused on the replication of the latter to better understand their ability to destroy cancer cells. In recent years he has also been actively involved in lectures for the general public, especially on the history of virology and infectious diseases. He has also been the recipient of an award from the Association francophone pour le savoir in 2010 and the excellence of his teaching activities has been recognized by a prize from the Université de Montréal in 2015. Over the years, Dr. Lemay has also been actively involved in the institution as the head of the graduate and undergraduate programs of the department as well as departmental chairman, among others.